Due to rising number of cases during and after monsoon season, Vikas Sahyog Pratishthan (VSP) in partnership with Plan India and in collaboration with Municipal Corporation of Greater Mumbai (MCGM) and Pune Municipal Corporation (PMC) launched a campaign to raise public awareness about the methods of Prevention of Dengue in Mumbai and Pune regions of Maharashtra. The campaign covered 40 slum pockets of Mumbai and 30 of Pune. The completed target was to reach out to 2,02,593 households of Mumbai and Pune through which 10,12,965 individuals has been successfully reached.

The awareness was carried out through the following methodologies: 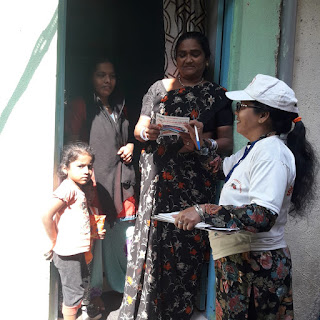 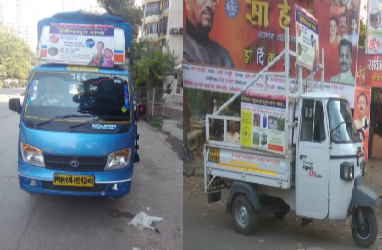 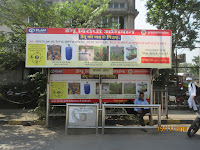 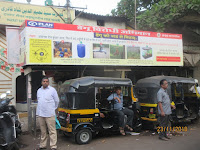 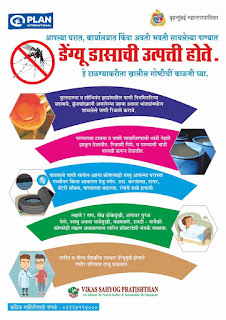 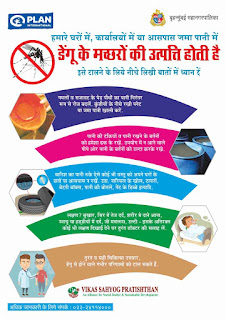 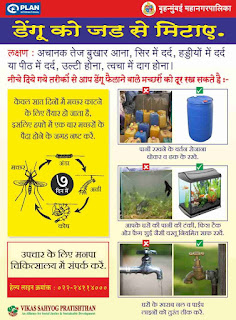 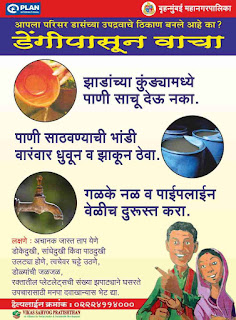 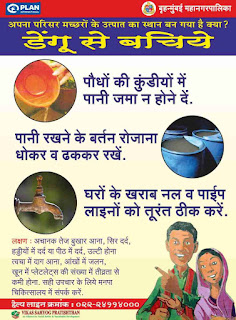 A.    By taking Preventive Actions:

a)       Water from around 6.35% fish tanks was restored by individuals in the family.
b)       40.95% of tanks were properly closed by people after knowing the causes of dengue.
c)       Around 2.56% of tyres were emptied in which water was saturated.
d)       Around 3.41% of pipelines were leaking, which was shown to the people from the community. They then assured the volunteer team to repair them after knowing the fact that dengue mosquitos are evolved due to such saturation of water.
e)       1.30% of patients were found who were suffering from fever but ignoring the same to visit the doctor. Such patients were given information to visit Primary Health Centres of MCGM and PMC hospitals respectively.

B.     By reaching out through various Methodologies:

Ø  In total, 2,02,593 households were approached by our 79 volunteers in the high risk dengue wards of Mumbai and Pune regions through door-to-door campaign. This has enabled to reach 10,12,965 individuals in Mumbai and Pune.
Ø  Overall, 54.58% of individuals took preventive actions after listening to the awareness information given by volunteers.
Ø  Through FM campaign, according to the listenership details obtained from Times Group, our dengue awareness jingle has been reached to around 93% of people in Mumbai (98.3-Radio Mirchi) and 54% of people in Pune (104.2-Mirchi Love).
Ø  Auto Miking has enabled to reach out to around 6,00,000 individuals from Mumbai and Pune.
Ø  4,50,000 individuals have been reached through Hoardings at Bus Shelters in Mumbai.

C.    Through IEC materials, News and Digital Marketing:
Ø  Awareness made through IEC materials was reached to 2,00,000 households by distributing leaflets, sticking of 20,000 posters were after every 10 houses in the community through which 10,00,000 individuals were reached out.
Ø  T-shirts and Caps were given to volunteers through which an atmosphere of campaigning was built up and a visibility of campaign was created.
Ø  Campaign news were published through which readers of Pudhari (Mumbai), Loksatta (Pune) and Lokmat (Pune) were reached.
Ø  Awareness through Digital marketing was done through Social Media Platforms such as Facebook, Whatsapp and Instagram by VSP Staff, Volunteers through which more people were given information regarding the ongoing campaign.

ü  Due to door to door awareness, people are getting sensitive towards the issue of Dengue.
ü  They showed willingness to know regarding dengue and are taking preventive measures immediately which is possible to them.
ü  Volunteers have developed good communication skills, techniques to deal with people while giving information as well as observing the water conditions of the household and the community.

E.     Feedbacks from the MCGM and PMC officials:
v  Mr. Girish Bapat, Cabinet Minister for Food, Civil Supplies and Consumer Protection and Guardian Minister of Pune were given IEC materials which were distributed among the communities where he shared his humble thanks for conducting the campaign which provided a great support for the PMC Health Department in Pune.
v  Mr. Sanjeev Vavare, Health Officer of PMC shared that due to auto-miking done by VSP and Plan India in 5 wards of Pune, they were able to aware other wards of Pune through auto-miking done by PMC. Due to which more number of people were covered and reach out was possible to entire Pune region.
v  Officer from Medical Pest Control Department of Mumbai and Pune shared their observations with VSP that volunteers were having good skills of communication with the community. This was a good initiative taken by VSP and Plan India in both the regions.

Conclusion:
Campaign against Dengue was a great experience where people and communities were connected through four methodologies conducted through the campaign. Young energy of volunteers was involved which were the backbone of the campaign. The completed target of reach out is 2,02,593 households of Mumbai and Pune along with 10,12,965 individuals has been successfully achieved. Also, we have reached out to the people of the entire 2 regions through Auto miking, FM radio channels and Hoardings through Bus shelters.

Popular posts from this blog 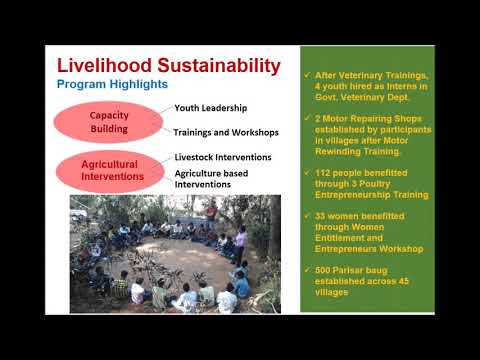 Vikas Sahyog Pratishthan (VSP) works on Sustainable Livelihood mainly in drought prone areas of Maharashtra. This video is highlighting the achievements for the year 2016-2017 mainly from Livelihood context. Beneficiaries are introduced to various livelihood models such as Parisar Baug, Poultry and Goatery units. Also, Capital support of agricultural equipment such as Sprinklers and Spiral Separators are provided for increase in production.
Read more
- February 22, 2018 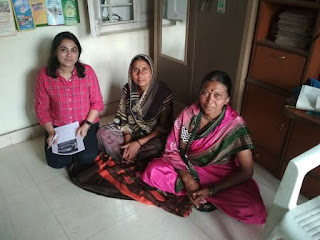 Farryl Manek and Marmik Desai began their social internship at Vikas Sahyog Pratishthan  (VSP) in February as a part of their MBA program at NMIMS, Mumbai. They had an opportunity to interview 2 women entrepreneurs of Sangrampur block in Buldana District of Vidarbha regions of Maharashtra. Following is the experience shared by the students : A Word with 2 Women Entrepreneurs of Sangrampur -6th February, 2018 As a part of that program, a few days back we had the pleasure of interviewing Usha Tai and Alka Tai, two women from one of VSP's Self-Help Groups in Vidarbha, who they had arranged to visit Mumbai for Pratibimb 2018. Pratibimb is VSP's annual exhibition-cum-sale organized by Rangoonwala Foundation India Trust, where they display and sell completely organic products produced by their various self-help groups and farmers in Vidarbha and other rural regions of Maharashtra. These women came from a small village called Bhon in the Vidarbha region of Mahrashtra. Bhonga
Read more